I love the new Australian Christian Lobby logo.  For once they’ve been totally honest.

This photo of Jack Chapman (red top) and me (green top) was taken at Bearaoke at The Laird Hotel on June 14 2012.  It was posted to the VicBears Facebook page the following day:

The photo has since been re-used in a November 3 2108 noodlesandbeefleftovers tumblr post: It’s unclear what the purpose of the photo appearing in the tumblr post is but it may be connected to the sentence:

Jack had been subservient before getting the muscles and way before silicone was in the picture.

I was buying raffle tickets that were supporting the Anti Violence Project. I elected for the “$5 for as many as can fit the length of my inside-leg measurement” option and Jack was measuring me up.

Jack was kneeling in front of me so he could put a tape measure around my leg.  It was a beautiful moment of hilarity between Jack and me, but it was nothing more than that.

I would be very disappointed if this photo of us was being used to prove some point about Jack different to what actually happened. 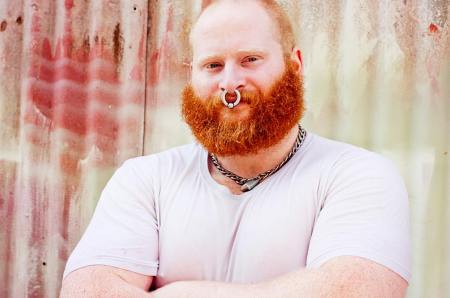 Celebrating the life of Jack Chapman
Hosted by VicBears Inc.

VicBears would like to invite you to celebrate the life of Jack Chapman, one of our nearest and dearest. He touched so many lives not only here in Melbourne but around the world. To know him, was to feel loved.

At his strictest orders, this is not to be a sad or solemn occasion, but one to celebrate the ways he lived his life – limitless enthusiasm, boundless hilarity and unconquerable courage.

The ever amazing boys at The Laird have graciously given us the venue for a few hours and allowed us to extend the invite to ALL of Jacks family and friends. Anyone that knew him or knew someone touched by him is most welcome to attend and make a contribution (not just the men)!

VicBears will also be unveiling a few special surprises on the day to ensure this beloved ranga is never forgotten and continues to make a lasting positive impact on our community for years to come.

Please ensure you RSVP on this Facebook event as light snacks will be provided and drinks will be available for purchase from the bar.

Even if you can’t be there on the day YOU CAN STILL CONTRIBUTE! No matter where you are in the world…

Prior to the day we are calling for any and all farewell messages, photos, stories or memories of your best moments with Jack. These will be displayed around the venue on the day and made available to his family (so keep them mostly family friendly please) so that they can see how much he was loved and how many lives he touched.

Send your contributions to kevin@vicbears.org.au as soon as possible to make sure they’re included.

The Age (October 26 2018) reported the Victorian Liberals have announced Gladys Liu as their candidate for Chisholm:

The Victorian Liberals have chosen a party activist and business consultant to contest the Chisholm electorate, presently held by Julia Banks, who controversially announced plans to quit parliament after going public with bullying allegations.

Gladys Liu was preselected late on Thursday evening for the federal seat in Melbourne’s east, which includes the suburbs of Box Hill, Chadstone and Mount Waverley.

“A Liberal campaigner in Chisholm has been credited as masterminding an anti-Labor smear campaign focused on the anti-bulling Safe Schools Coalition and marriage equality.”

Liu said many Chinese people didn’t want the next generation “destroyed” by “rubbish” like transgender identity and believe same-sex marriage is “against normal practice”.

Federal Member for Chisholm Julia Banks declared her unequivocal support for same-sex marriage this week, saying that the most disturbing aspect of the ‘no’ campaign was the view that “only a marriage between a man and a woman will ensure the protection of children”.

Ms Banks said the fact that two loving people are not able to have the equal rights at law that millions of Australians enjoy in loving marriages, was “about standing for equality for all, regardless of gender, race, sexuality or ethnicity.”

The Liberal MP, who holds one of Australia’s most marginal federal seats, and one with a diverse multicultural electorate, added that marriage equality was about “equality before the law” and that respectful debate on the issue was vital and a “cornerstone” of Australian values.

If Gladys Liu is the best the Liberal Party can come up with to represent the views of the voters in Chisholm, one of Australia’s most marginal federal seats, then they have failed badly in their choice of candidate.

The family of Jack Chapman cordially invites you to join them in celebrating the extraordinary life of their beloved son and brother.

The family requests you bring your thoughts, prayers and fondest memories of Jack. Reception to follow. Bring a plate. 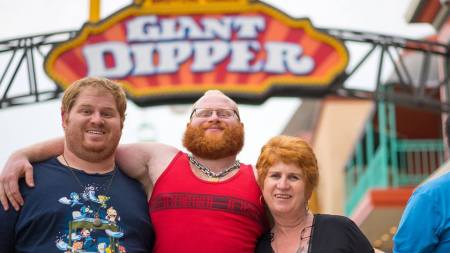 This week I learnt of the death of Jack Chapman, a young man I first met around 2008.

Jack always made me feel happy.  He was someone I saw from time to time at the Laird Hotel, and around bear and gay events.

I wasn’t especially close as a friend, but Jack was there for a chat on the odd occasion, sometimes for a project of his, or for his fundraising for the Victorian AIDS Council.

In this audio clip (extracted from episode 21 of the Cubby House podcast, recorded on September 28 2009) Jack tops and tails the reading Sandra Schneiderman and I performed of Wayne Hoffman’s “A place at the table”:

After some years we kinda lost touch, more because I wasn’t hanging around the Laird as much, and because he wasn’t around either.  One day I found out he was actually living overseas, and that he was in a relationship with a guy there.  We saw each other at the Laird somewhere around this time (it’s blurry, I don’t recall if he came back or it was before he went away), and that was the last time I saw Jack.

On Wednesday this week (October 17) I was driving back from Bairnsdale to Mallacoota, parked in Lakes Entrance for a break, and Gregory (my husband) forwarded me a message he’d seen on Facebook: 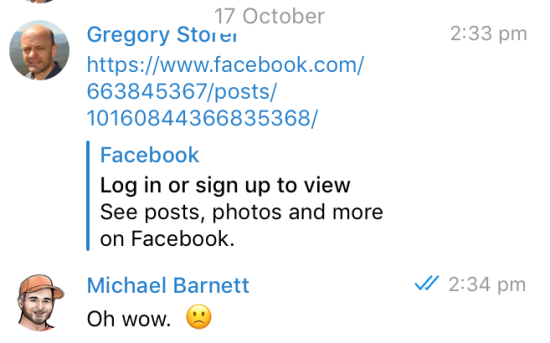 The message was to a photo on a mutual friend’s page.  The caption read:

I am saddened and shocked of the news of the passing of jack/tank. R.I.P big fella

I didn’t know Jack was now using the name Tank (or that he had changed his last name).

It turns out his death on October 15 was connected to a lung condition.  Dead at 28.

Jack was one of the sweetest guys that had come into my life, and now he’s gone.  He did a lot for the community here in Melbourne.  I’ll miss him for sure.

Three redacted copies of Jack’s death certificate have surfaced (here, here and here).  It points to “Silicon Injection Syndrome” as a cause of death.  I was not previously aware of this syndrome, so looked it up and found this 2006 article published by the Radiological Society of North America:

Liquid silicone, which is often used for breast augmentation and other cosmetic procedures, can cause respiratory failure if not injected properly by a licensed physician. A study of individuals who underwent illegal silicone injections revealed a high fatality rate from pulmonary silicone embolism, or obstruction of the lungs. The study was presented at the annual meeting of the Radiological Society of North America.

There clearly needs to be greater education around the dangers of silicone injections for cosmetic enhancement, particular if death is a likely outcome from incorrect administration.

On July 14 Facebook rewarded me with another 30-day ban for posting this story and accompanying comment, which apparently breached their “Community Standards”.

I was not actually told which part of my post breached their standards, so am unclear about what I shouldn’t write in future.

These insane 30-day bans make no sense, and with no practical appeal process the entire exercise is a complete farce.