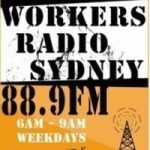 The interview begins at 4:58 here.

Dame Elisabeth Murdoch, Patron of the Australian Family Association, dead at 103 | The Stirrer

This article was first published on The Stirrer.

Last night Dame Elisabeth Murdoch died, aged 103. She was a much loved philanthropist. She was also a patron of the Australian Family Association.

The good dame was also the patron of the Murdoch Children’s Research Institute. Today their web page announces:

Her vision and commitment have saved thousands of children’s lives and improved the health of many more living with rare and common childhood conditions.

The irony of this is that her having been a patron of the AFA, an organisation deeply intolerant of homosexual people, is that her good reputation gave credence to bigoted values that have proven links to contributing to the alarming rate of youth suicide, mental health issues and other forms of self-harm.

While she may have been a wonderful person, she linked herself with a disreputable organisation, in stark contrast to many of the values she espoused in her public life.  She sided with bigots and homophobes and we shouldn’t forget that.

Whilst many remember the great good that Dame Elisabeth Murdoch did for society, we must also remember her as a person who upheld bigotry.

I applaud Rabbi Adam Stein of the Melbourne Conservative/Masorti Synagogue Kehilat Nitzan for taking this responsible and appropriate stance in relation to a communication about tomorrow’s talk at Glen Eira College by Dr Miriam Grossman.

I wish to apologise for sending out a notice about an event called “Sex Education – Protecting Our Children’s Well-Being.” The shule was sent an email asking us to promote the event (as was every shule in the community, it seems), and I should have read the announcement more carefully. If I had, I would have noticed that the sponsor is the Australian Family Association, which is devoted to denying marriage and even civil union rights to loving gay and lesbian couples. I would have noticed that, contrary to what the title might imply, Miriam Grossman seems to be a crusader against sex education in schools. After a couple of hours of research late last night, I found her to be in agreement with the chair of the program, Shimon Cowen, who calls homosexuality “an abnormality, which as far as possible should be treated.” It seems this program may be part of Dr. Cowen’s recent anti-gay screeds found in the past few months throughout many issues of the Australian Jewish News and even the MX paper found at train stations, attacking the Safe School Coalition Victoria for its approach to preventing bullying and sex education, at least in part because they teach that being gay is OK. In Dr Cowen’s view, it is not and should be fixed. (This so called “Reparative Therapy,” by the way, has been debunked as damaging in study after study. Even the study he cites time and again was retracted by its own author. See the five letters to the AJN a couple of weeks ago by psychologists and psychiatrists attacking Cowen for his damaging views.

Miriam Grossman obviously does not like the way sex education is run in America, and perhaps Australian schools. You may agree or disagree with her, and may even decide to go to the event. I’ll be doing a consecration at a cemetery at the time; otherwise, I might go myself to hear what she has to say.

Please accept our apology for sending out a notice for a program which does not in any way reflect the Worldwide Masorti Movement and especially not the values of Kehilat Nitzan. For an approach to sexuality, and homosexuality, which better reflect a Masorti/Conservative view of halachah to which I adhere, I suggest the following resources:

Please be in touch if you have any thoughts or questions on these or other topics.

Rabbi Adam Stein became the rabbi at Kehilat Nitzan in August 2011. He received his ordination from The Ziegler School of Rabbinic Studies, American Jewish University in Los Angeles. He also earned a Master of Arts in Education from AJU. Before coming to Kehilat Nitzan, Rabbi Stein was the Assistant Rabbi at Congregation Beth Shalom in Kansas City, Missouri.

His journey to the rabbinate began in high school and in college at the University of California, San Diego, when he spent his junior year at Hebrew University and summers at Camp Ramah and the Brandeis Collegiate Institute. Following college, he studied in Israel at the Pardes Institute of Jewish Studies.

In addition to Judaism, Rabbi Stein counts among his great loves his wife Tamar, his parents, sister, extended family and… Macintosh computers.

Rabbi Stein is in and out of the office meeting with congregants, at funerals, making hospital visits, and so on. He will be available in the office (Level 1, 230 Balaclava Road, Caulfield Junction) on Tuesday and Thursday afternoons between 2 pm and 4 pm if you want to meet with him. You can call him at 0422 674 455 or send an email.

Dr Miriam Grossman’s reputation precedes her, with her Australian Family Association sponsored trip to Australia to peddle her books and religiously inspired unscientific message on sex education.  If alarm bells aren’t going off by the involvement of the AFA, they should be with Rabbi Dr Shimon Cowen chairing the session she’s talking at.

I’m sure this isn’t the last we’ve heard about this unfortunate situation.

Parents and children don’t need unscientific snake-oil messages being peddled about sex education, especially when there is a religious imperative underlying it all.  What the community needs to hear is proven findings from respectable scientific research.

Perhaps the most disturbing aspect to the message that psychiatrist Dr Miriam Grossman is delivering as “the truth” is that it is counter to that of her medical profession.  I’d be calling that malpractice and revoking her license if it was within my power.

Monash University is home to freedom of expression amongst our diverse staff and student population and encourages expert academic views, however Dr Shimon Cowen is not commenting on behalf of the University or the Faculty of Arts and the University does not endorse his comments. Monash University reiterates its respect for the dignity of all human beings, regardless of sexual preference.

They have further advised that Rabbi Dr Shimon Cowen holds an adjunct/honorary role at the university, which entitles him to an email address and entry in the university’s staff directory.

Rabbi Dr Shimon Cowen has expressed a number of vehemently and distressing homophobic views as published on the Australian Family Association web site.  These views were further substantiated by the mX newspaper in an interview they conducted with him.

Monash University begins their vision and long-term strategy with:

Monash is a university of progress and optimism.

The areas of focus outlined by Monash Futures include:

Rabbi Dr Shimon Cowen is a person with virulent, unscientific and outdated views on homosexuality.  If Monash is truly “a university of progress and optimism” then people with negative and destructive views toward homosexuality are antithetical to this vision and have no place in the university’s ranks.

I contend that whilst Monash University continues the adjunct/honorary appointment of Dr Cowen and whilst he has any opportunity to engage in any manner in the academic realm, through or on behalf of the university, Monash University are doing the greatest disservice to their students, their reputation, their vision and humanity as a whole.

I ask Monash University to make the continuance of Rabbi Dr Shimon Cowen’s adjunct/honorary role conditional on him refraining from promulgating a negative discourse on homosexuality in any official and/or public capacity and to obtain from him a written assurance of this understanding.

If Monash University sincerely respects the dignity of all human beings, regardless of “sexual preference”, they will ensure people with repugnant attitudes toward homosexuality have no voice on their campuses.

I suggest anyone who has a concern about the university’s ongoing association with Rabbi Dr Shimon Cowen contact Professor Ed Byrne, Monash University Vice Chancellor and President directly.