Mount Scopus Memorial College – not the safest school on the block 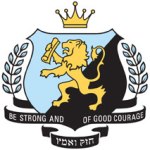 Come on Mount Scopus, it’s 2013 and it’s ok to say the words GAY, LESBIAN, BISEXUAL, TRANSGENDER, INTERSEX and QUEER.  Really, it is.

It’s also ok to teach kids about homophobia and transphobia.  Offering a safe environment for students goes well beyond a basic anti-bullying program.  Telling students it’s not ok to tease or bully another student because they’re “gay” or “fat” or “stupid” is only the start in educating them about diversity, inclusion and acceptance.  It goes well beyond that, something that any educationalist worth their salt should know.

Parents, watch this video and then ask your Principal, Rabbi James Kennard, why he is refusing to give your students the safest possible schooling your hard-earned money can buy when he says he won’t join the Safe Schools Coalition Victoria (web site / Facebook page).  You are currently paying for a SECOND RATE school while many others, including King David School, are offering a far safer environment for their students than Mount Scopus.

Sign Daniel Baker’s petition too and leave a message about why a safer school for your precious children is so important.  They only get one chance.  As parents, ask yourself if you and your school are doing the absolute best to make it the safest chance possible?

This entry was posted on Thu, Feb 14th, 2013 at 1:34 am and is filed under Community, Education, Humanity, Youth. You can follow any responses to this entry through the RSS 2.0 feed. You can leave a response, or trackback from your own site.