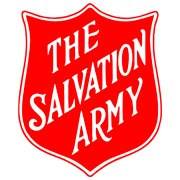 The Salvation Army supports the Safe Schools Coalition Victoria in its initiative designed to reduce homophobic and transphobic behaviour and create safe learning environments for all students. The Salvation Army is concerned by the very high level of bullying, higher levels mental health issues and the highest rates of suicidality of any group in Australia for same-sex attracted and gender diverse young people. The Salvation Army’s Victoria State Council (VSC) has been aware of the negative claims about the Safe Schools program and its related materials but believes these to be unfounded.

Chair of VSC, Major Dr Geoff Webb says “Our social policy unit has reviewed the official teaching resources provided by the Safe Schools Coalition and the four official guidelines. It has also studied the independent review commissioned by the Australian government, together with other materials. None of the negative claims made about the program accurately reflect anything in the official materials reviewed.

“Provided schools adhere to official teaching resources and the official guidelines, there should be no issues with Safe Schools. We support the provision of safe learning environments for all students,” Webb says.

The Salvation Army in Victoria has welcomed the Andrews Government commitment of additional funding to ensure that every Victorian secondary school is involved in the Safe Schools programme by the end of 2018.

This entry was posted on Thu, Nov 17th, 2016 at 1:58 pm and is filed under Humanity. You can follow any responses to this entry through the RSS 2.0 feed. You can leave a response, or trackback from your own site.