Sunday Feb 5 2012 saw the 17th Victorian Pride March.  The weather forecast was 33 degrees C, windy and thunderstorms.  I guess that’s Melbourne for you. 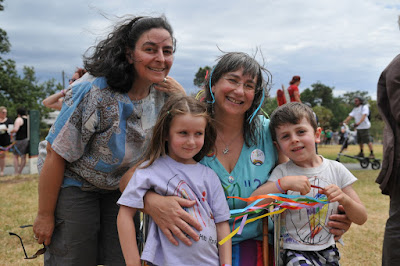 There were close on 120 entrants in the parade (that’s organisations, not people), which is a remarkable effort.  Check out the march order for the who’s who. 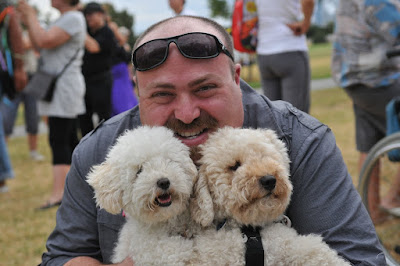 I was again running the Aleph Melbourne entry, ably assisted by Mike and Doobie.  Through the powers of social networking and the Internet we pulled together a pleasingly sized group of guys and girls of all ages to fly the flags and show their queer pride and cultural heritage. 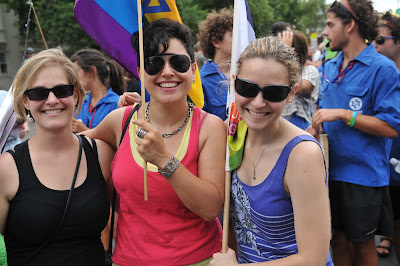 Joining the team this year was a straight ally, Dr Mark Cherny.  I was especially pleased Mark came on board as he is trying hard to break down the barriers and isolation for same-sex attracted people in the Jewish community. 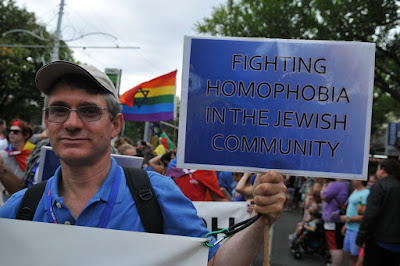 One of the highlights for me at Pride March this year was seeing Habonim Dror (or just “Habo”) enter a contingent.  Habo is a mainstream Jewish youth organisation with a strong social justice conscience.  When I was in New York watching the pride parade there in 2007 I was overwhelmed seeing Habo flying a massive flag and fielding a strong presence.  At first I couldn’t believe my eyes, but gradually my disbelief was replaced by exhilaration, and an ear to ear grin.  Wow. 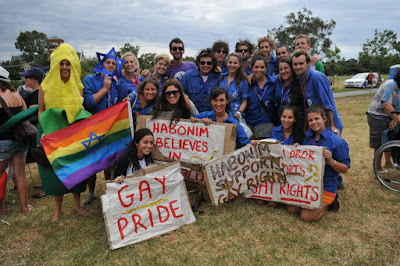 And the Habo Wow has continued over the last few years here in Melbourne, with increasing numbers of Habo members joining the Equal Love Marriage Equality rallies in Melbourne.  These young adults are amongst the best role models I have seen in ages.  Most are not queer, but they are passionately supportive of queer equality and are prepared to stand up and show their support. 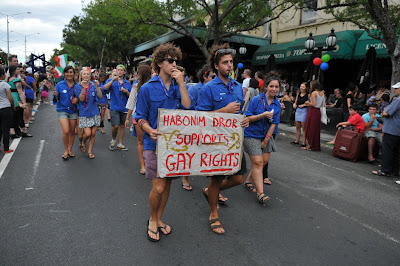 And on a windy Melbourne day in Fitzroy Street, a large group of Habo members turned up, in uniform, accompanied by placards of support and made a strong statement in support for queer equality.  Thank you. 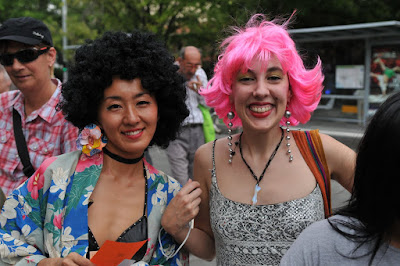 I look forward to the 2013 Pride March and the return of Habo, and Mark, and Mike (and his two Poochons) and Doobie and the rest of the great team, and hopefully many other supportive Jewish (youth) organisations, from a community that is learning gradually that it’s better to include than exclude. 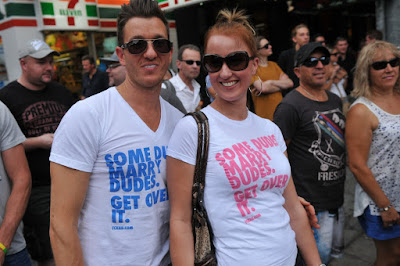 P.S.  I’ve posted my photos from the day on Picasa and Facebook.  You can see my photos and blogs from previous pride marches here.